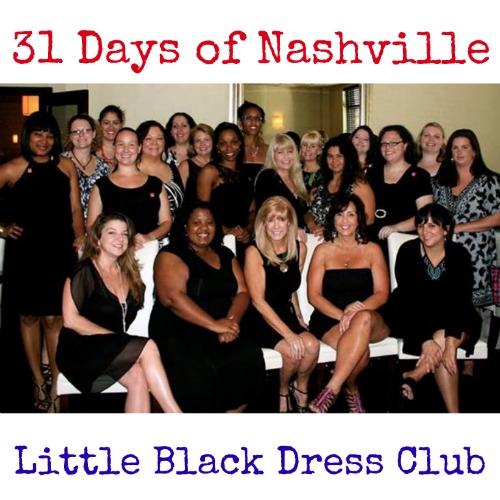 While it’s not exclusive to Nashville, I am part of the Nashville Chapter of the Little Black Dress Club. I joined this time last year, but it has been a very full year of new experiences, new adventures and new friends. I first looked into joining about a year prior to actually going to an event. I found the club through Meetup and watched for their events, but they never seemed to be during times that I could go or social anxiety would get the best of me, and I would fear not feeling like I fit in.

My first event was a simple game night at the home of one of the co-directors. I made my co-worker go with me so that I would have someone to talk to just in case I felt out of place. Within the first hour, all those fears were gone, and I knew I had found a great group of women that I’d enjoy getting to know.

The Little Black Dress Club has been a great way to get me out of the house and go places that I probably wouldn’t go on my own. Some people find it hard to believe that I am an introvert, but there are times that I will try to talk myself out of going places (club events and just other general things going on in life that I MIGHT have a choice in attending). I know that most of the time I will have a good time once I actually get out of the house, but taking that first step out the door is by far the hardest sometimes. I can go on and on about being an introvert, and I actually have written about it on more than a few occasions. I’m not saying that the Little Black Dress Club has “cured” me of being an introvert, because there’s nothing wrong AT ALL with being an introvert, but I am thankful when I do go out and have experiences that I wouldn’t have had if I let it get the best of me and stayed home.

The past few months, I’ve broadened my experiences with the club by going on a multi-chapter road trip to Chicago to meet other members from other chapters, like Columbus, Detroit and Chicago. In addition to the Chicago trip, we’ve also went Glamping, wine tasting, had several Girl’s Night Out dinners, and a few brunches. Just to give you an idea of some other events we’ve had in Nashville and the other chapters, be sure to check out the blog. I happen to know one of the contributors of the blog very well…ahem, it’s me 🙂

So if you don’t live in Nashville, there might be a chapter near you. And if you decide to join, let me know and maybe we can road trip to visit your chapter or invite you to one of the Nashville Chapter events when you’re in town!