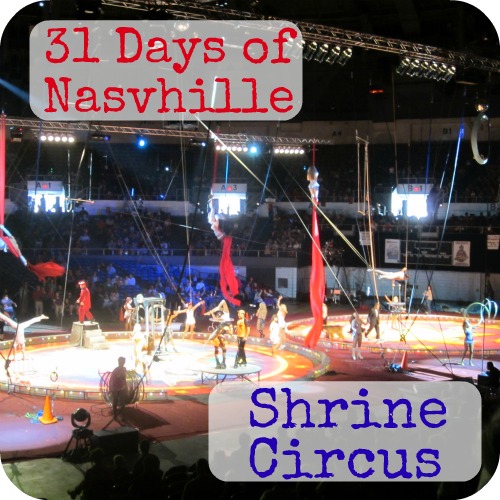 The Al Menah Shrine Circus is in town this weekend! I have SO MANY awesome memories of going to the circus as far back as my memory goes. My Dad has been a Shriner for more than 30 years, so it was an annual tradition for us to go to the circus almost every year.  Even as an adult, the kid in me comes out when I attend the circus.

My favorite acts are usually any act that involves dogs and the silly and kooky clown antics between the main acts. Some people are frightened of clowns, but not me! There’s almost always at least one death-defying act toward the end, often involving human cannons or motorcycles high in the air. And don’t forget the high wire and trapeze acts!

As a kid, I always seemed to talk my parents into getting me some sort of toy that lights up, because I wouldn’t dare miss the “winky blinky light show” where they turn out all the lights, and we get to show off our new toy to everyone around. More than 30 years later, they still do this, and it’s still pretty awesome for me, though I have only been an observer and not a participant for the last several years.

Unfortunately, other plans are keeping us from attending this year, but hopefully we’ll be able to attend next year. The circus is in town through Sunday, with one show Friday night, three shows on Saturday, and two shows on Sunday. If you’ve never been to the circus, what are you waiting for?

One thought on “31 Days of Nashville – Shrine Circus”